Mikhail Spivakov graduated from Department of Biology at Moscow State University in 2002 and moved to London to do a PhD with Amanda Fisher and Matthias Merkenschlager at MRC Clinical Sciences Centre (Imperial College). His PhD projects investigated chromatin events underlying cell differentiation, and about half of his work was ‘wet-lab’ and half computational.

Mikhail then joined EMBL on an Interdisciplinary Fellowship to work with Ewan Birney (EMBL-EBI, near Cambridge) and Eileen Furlong (EMBL Heidelberg) on the regulatory organization of cardiac enhancers. At EMBL, he also contributed to the ENCODE project, studying the population genetics of transcription factor binding sites. In addition, Mikhail has been involved in the establishment of a population genomics resource in medaka fish.

In November 2012, Mikhail started a Regulatory Genomics group at the Babraham Institute, where he currently remains an Affiliated Scientist. In July 2018, the group moved to MRC London Institute of Medical Sciences (part of Imperial College Institute of Clinical Sciences), where it is known as Functional Gene Control group. Mikhail also holds an Honorary Senior Lecturer appointment at Imperial College Faculty of Medicine.

Connect to Mikhail on social networks: 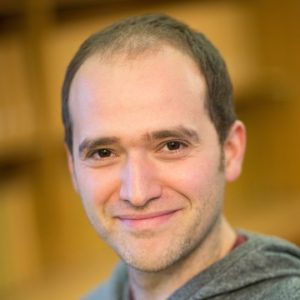